How MBA helps Finance Professionals in their journey towards the leadership roles?

The value of International Study Programs

Ruth Spellman, the former CEO of the Chartered Management Institute (CMI), believes in empowerment, and never more so than in a recession. “There is a fair degree of pessimism in the transport sector,” she says. “People need to be empowered to get back on to a ‘can-do’ agenda. Powerless feels awful, but if you show them the things they can influence, they automatically feel better.”

Spellman argues that the things companies can affect most immediately involve a thorough assessment of their organisation – and that takes leadership. “Look at your most successful competitors. What are they doing differently? You need to ask yourself what you can do that will delight the customer.”

She rues the fact that management skills are generally informal within UK industry. Government figures have highlighted a lack of good management and leadership skills, and Skills for Logistics (SfL) says this is also true of the road transport sector, with just 38% of the workforce achieving NVQ Level 2.

Spellman states: “Only 20% of our managers have any formal qualification for the job they do. For those who do this is a great opportunity. You can earn up to a third more if you hold properly accredited professional skills. But that’s something which requires far more emphasis.”

As an example of the importance of leadership, we ask Spellman about those companies whose boards were unprepared for the recession, or who felt they did not have the skills in-house to downsize.

“If you look deep enough in most organisations,” she says, “there will be people who have been through downturns. Alternatively, you can bring good managers in from other sectors. The real point, though, is that when business plans are drawn up, there has to be a Plan A, Plan B and a Plan C. People must look at the possibility of downside scenarios and feed in real numbers. If they had done that, they wouldn’t be struggling to meet the needs of recession now. But you can’t delegate that – that is the responsibility of the board.”

CMI is a professional organisation that caters primarily for the development of the individual. However, Spellman has a fair grasp of the problems faced by organisations as a whole. She identifies the gap between managers from blue-collar backgrounds, who have a wealth of operational knowledge but little generic business training, and graduate entrants who possess management training, but no craft skill.

“We need to bridge that gap,” she says. “Many graduates come in and are put straight into management positions running teams and projects – indeed, young managers tell us they want that responsibility and would leave if they didn’t have it. Yet most graduates have little experience of working in a team – study is all individual. It’s staggering.”

On the flipside, she says, graduates are also applying for blue collar jobs: “They don’t mind doing entry level work provided it’s not their ultimate destination. If there is training and a career path, people are very happy to start at the bottom.”

This situation seems to suggest that the most integrated managers in transport will come from those third-generation family firms whose children are returning from university with diesel still running in their veins.

The crucial question for companies to ask is: Where do you get your models from?

Spellman has an answer for that: “I asked a senior member of Lloyds TSB once which companies in the financial sector they compared themselves against. We don’t, he replied. We compare ourselves with John Lewis, because we are both in retail. What you are selling or serving is irrelevant; it is how you relate to your customer that matters, and not the sector you are in.”

The need for the logistics industry to up its game in management training and leadership will only intensify. “We will need five times as many managers by 2012 as we have now,” she says. “Demand is rising and jobs that did not involve management skills previously now do. It is becoming increasingly integrated into other functions. We all manage a resource of one kind or another – assets, IT, risk…”

Truck drivers are a prime example of this – they have to be self-motivated all day and are responsible for assets worth £80,000 or more. Spellman says: “When I did Investors in People work at TNT, their drivers’ views were fascinating. Many managers were ex-drivers, so they weren’t patronising towards the skills of their workforce at all. But they were obsessed with customer service and safety. For the drivers, it had little to do with being out on the road – their performance was all about pleasing the customer in a safe manner. TNT has the same quality assurance and training in place across the globe.”

A fundamental belief that Spellman has is having a culture of personal development. That is the way to improve individual performance, corporate survival rates and industry acceptance.

“Michelle Obama [the wife of the American president] recently said to school children: ‘I’m only here because I’m seriously smart’. We need to be talking about seriously smart. We need to be celebrating success, and encouraging everyone to have a personal development plan. Even now, in a recession, 61% of companies say they are struggling to retain staff, and 47% say they can’t find the skills they need.” It’s time for some seriously smart thinking indeed.

The transport industry often cites its poor public image as a reason it is failing to attract young talent. But poor perception can be overcome by offering a clear career path and development, counters Spellman.

She continues: “Why is the average length of service at McDonald’s five years? It’s all because of how its employees are treated. Lots of development, teamwork, professional support and the expectation is they will be in a management position in five years.” This despite the fact that every parent’s dread is their child turning to them to say: ‘Do you want fries with that?'”

In the meantime, 33% of managers say they are prepared to take risks and have confidence in their ability. “The flipside is two thirds don’t,” says Spellman. “The question is why, and how we go about addressing that.” 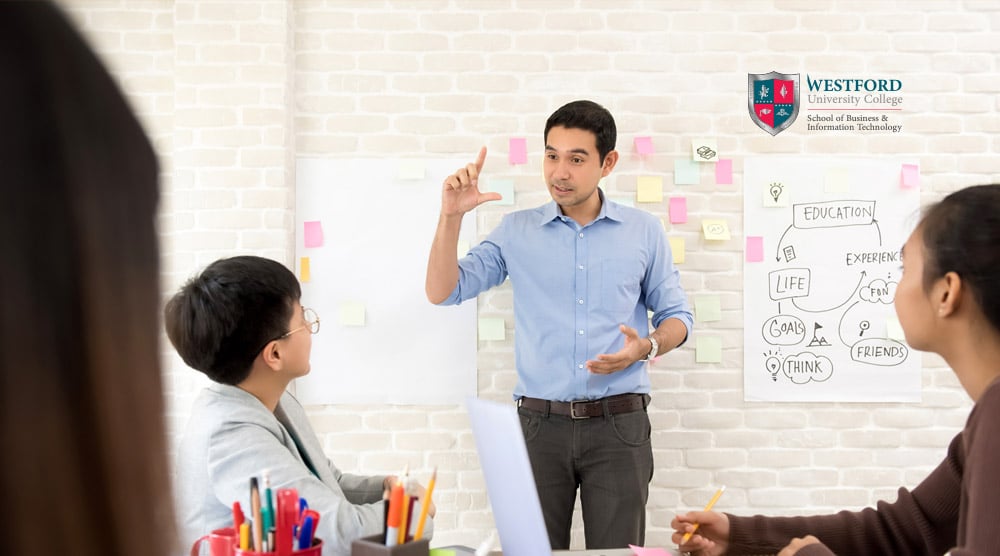